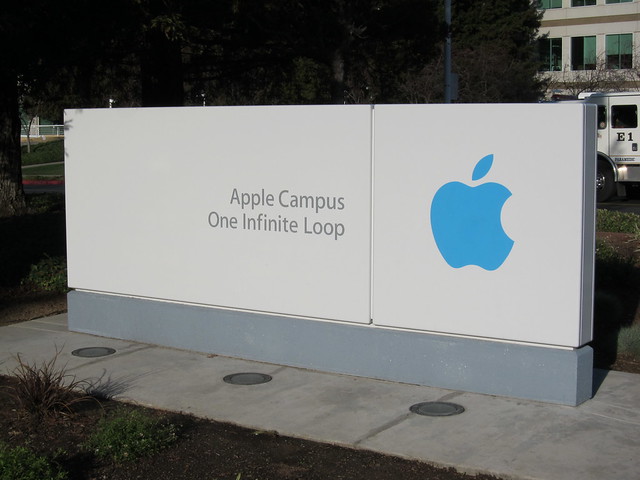 One of the secret driverless vehicles being developed by tech giant Apple has been involved in a car accident on an expressway close to the Silicon Valley headquarters of the company, according to the road authority of California. However the driverless car was not the one at fault, being rear-ended by an all too human driver.

The Department of Motor Vehicles in California released the crash report that revealed that a Lexus RX 450h development vehicle registered to Apple was involved in the incident, along with a Nissan Leaf electric car.

The details of the report reveal that the Apple car was in autonomous mode at the time of the accident, travelling at just one mile per hour when the Leaf EV, which was being driven by an actual human being, hit it while travelling at 15 miles per hour as they merged onto Sunnyvale CA’s Lawrence Expressway, according to Reuters. Damages were sustained by both vehicles but there were no injuries in the crash, which took place on the 24th of August. California regulations mean that companies have to report accidents involving self-driving vehicles to the Department of Motor Vehicles.

All autonomous vehicles still need to have an actual person behind the wheel in the event of an emergency situation, such as the failure of the onboard computer system. The August incident has not been publicly spoken about by Apple, but the accident is believed to be the first of its type, according to the BBC. The tech giant is believed to have registered as many as 66 driverless vehicles as well as 111 drivers eligible to operate them. Rear-ending has been a commonly reported accident with self-driving cars, with industry observers noting that the cause is often the hesitant style of driving of the autonomous vehicles, which often irritates human drivers in other cars.

Project Titan, which is the name of the firm’s driver-free programme, has been operating under great secrecy in the four years since 2014, when the first rumours about its creation began to circulate. Last June Tim Cook, the chief executive of Apple, told Bloomberg that he believes driverless vehicles are the mother of all projects relating to Artificial Intelligence. He gave no clarification as to how he intends to use such technology in the Apple product line-up, whether as software that existing carmakers will be able to purchase, or in self-driving vehicles.

It is still unclear to outsiders precisely what Project Titan’s ultimate aim actually is, though many believe that the company intends to make its own driverless vehicles after Doug Field, a high profile engineering executive at Tesla, was recently poached by Apple. Over 50 car makers and tech firms have permits allowing them to test driverless vehicles on roads in California, with the technology having been pioneered by Waymo, the spin-off company from Google, which still appears to be leading the charge to develop it. Apple has increased its testing program on public roads in California considerably, having 55 by May 2018 in comparison to just three last year, second only to GM, which has 104 such permits.

This entry was posted on Thursday, September 27th, 2018 at 6:57 am and is filed under Car Makes and Models. You can follow any comments to this entry through the RSS 2.0 feed. Both comments and pings are currently closed.