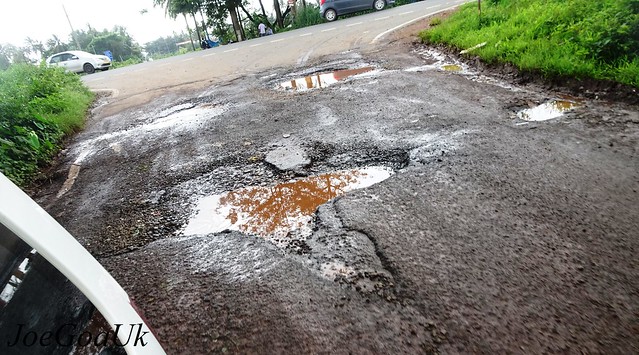 The UK Government has made the announcement that real world testing of new road surface technology intended to find a more effective way to repair, and even prevent the formation of potholes is about to begin.

Transport Secretary Chris Grayling made the announcement about the scheme, which goes by the name of Live Labs, and is set to operate with the full backing of the Government, who have provided it with a budget of no less than £22.5 million. Eight authorities have so far chosen to become a part of the new scheme, including Buckinghamshire, Kent, Reading, Staffordshire and Birmingham.

New types of tech to be tested

A different kind of technology is going to be tried out in all of the different locations. £1.05 million of the funding has been given to Central Bedfordshire in order for it to test out both a “power road” solution that would collect geothermal energy for the purpose of de-icing bus stations and car parks, and the use of solar power in footways, so as to prevent the formation of potholes. Meanwhile £1.6 million has been allocated to Cumbria so that its existing plastic roads trial can be extended, and guidance produced with regard to the way in which the new surface material would best be used.

Data monitoring is the primary focus of Live Labs

The British Government announced in 2018 that councils were to be given access to a fund worth £100 million in order to help them to repair potholes. While a focus on the repairing of the phenomena has been stressed by the UK government, Grayling calling them “the number one enemy” for road users, this will be directly investigated only by a small percentage of the scheme.

Instead Live Labs will be mainly focused on data monitoring. The largest single share of the funding – as much as £4.75 million – has been supplied to Reading, which is going to be using it to trial mobile phone data combining with traffic signal detectors, so as to offer a view of the traffic in Thames Valley in real-time, and subsequently create a public health exposure model. £2.65 million will be spent by Birmingham to track the journey times of vehicles, in addition to the behaviour of pedestrians and cyclists, with the use of video monitoring to work out if people will be able to make better decisions about travel because of push messaging.

It is therefore seen as unlikely that the pothole problem in the United Kingdom will be able to be solved in any real way by the scheme. However the Live Labs scheme is more likely to allow the government to reach a greater understanding of the behaviour of traffic, as well as ultimately assist commuters to make superior decisions about their travel routes. In the budget report issued last year, as much as £420 million was pledged to help the roads of Britain by Philip Hammond, the Chancellor of the Exchequer.

This entry was posted on Thursday, February 28th, 2019 at 6:58 am and is filed under UK Driving Safety. You can follow any comments to this entry through the RSS 2.0 feed. Both comments and pings are currently closed.