Blog Home » An Easy Drive around East Anglia for Beginners

An Easy Drive around East Anglia for Beginners 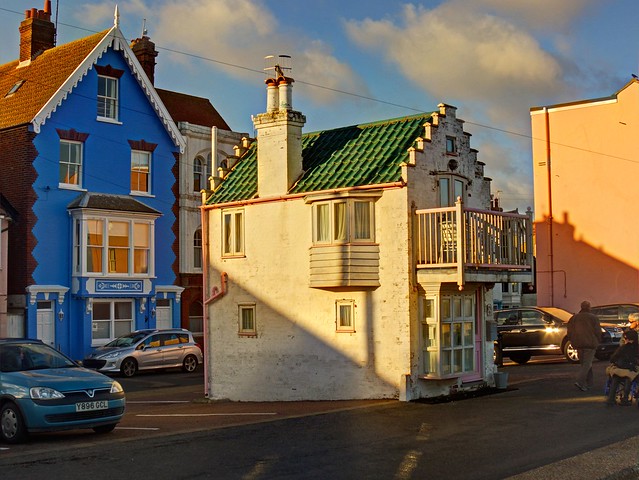 East Anglia is a good place for a pleasant drive, both for those who are new to the area and to new drivers in general. The area has a great deal of truly beautiful scenery and yet is also very flat and does not have a lot of traffic, making it an easy drive for beginners.

The area offers a multitude of incredible historic houses, and the biggest assembly of cathedrals in the whole of the United Kingdom, as well as some of its finest gardens, fabulous museums and a range of other great attractions for all the family. Norfolk and Suffolk are both situated within East Anglia and between them offer a staggering variety of interesting places to visit on a drive.

The Blickling Estate in Norway was owned by the famous Boleyn family, and has long been rumoured to be haunted by Anne. It has a very impressive library and Long Gallery, but the real draws for the great majority of people are the park and the gardens, which should be visited on sunny days in order for the beautiful surroundings to be appreciated in all of their majesty.

Burnham Market is one of the classic-style brick and flint villages that Norfolk is well known for, featuring a broad central green around which are clustered a selection of Georgian houses. It features a fresh local fish shop in the form of Gurneys, in addition to a strong selection of crafts and clothing stores.

Houghton Hall, which once served as the home for the first Prime Minister of Great Britain, Sir Robert Walpole, features a beautifully designed early 18th century interior from William Kent, along with an impressive collection of model soldiers, and a stunning walled garden spread over no less than five acres. Oxburgh Hall meanwhile is a red-brick house from the 15th century which has a wide moat encircling it, and is incredibly atmospheric. Constructed by the Bedingfield family, it features a wide array of exhibits such a priest’s hiding hole located within the library, and needlework from Mary Queen of Scots.

Aldeburgh is as famous for its cultural events as it is for its beaches, with the Aldeburgh Festival, which was founded in 1948 by Benjamin Britten, being the most famous. This is a seaside town with a memorably lengthy high street that includes innumerable interesting restaurants and shops, in addition to the Moot Hall, a 16th century and half-timbered museum featuring lots of local history such as Anglo-Saxon discoveries.

The Dunwich Heath Coastal Centre features a host of nightjars, woodlarks and warblers and comes alive with bright colours in July with a mix of yellow gorse and purple heather. The attraction features a tea room, nature trails and guided walks. Lavenham is perhaps the most idyllic example of a wool town in Suffolk, with the National Trust now overseeing the care of the old Guildhall that stands tall over the market square.

Other attractions in East Anglia include the likes of Fairland Valley Park, the British Schools Museum and Bassingbourn Tower Museum, while modern family attractions include Dinosaur Adventure, Beacon Rally Karts and BeWILDerwood.

This entry was posted on Thursday, September 28th, 2017 at 7:06 am and is filed under Drives & Events. You can follow any comments to this entry through the RSS 2.0 feed. Both comments and pings are currently closed.