Blog Home » Why Do The Young Pay More for Car Insurance?

Why Do The Young Pay More for Car Insurance? 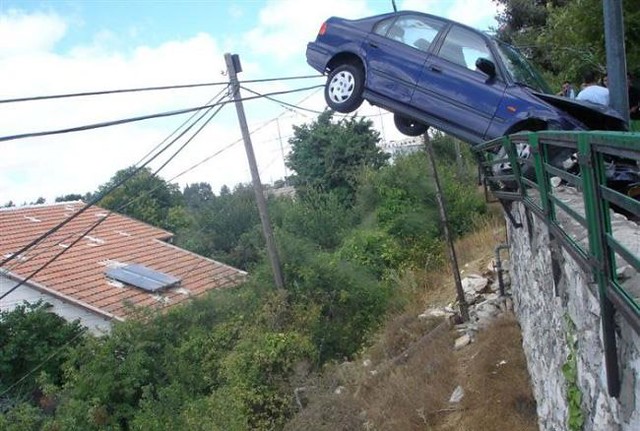 New, and especially younger drivers pay far higher insurance premiums than older more experienced drivers, because they are seen as more of a risk to insurers. Statistical evidence supports the notion that younger drivers are more accident prone than their peers. Obviously, all new drivers make mistakes because they don’t have the required experience, but there seems to be a greater tendency among the young. Recent research points to the fact that drivers under the age of twenty-five are more likely to be involved in accidents for the following reasons:

Most younger drivers have second hand, older vehicles, and a lack of mechanical knowledge means that they can be sold faulty vehicles because they don’t know what faults to look for. One way of reducing this particular risk is for the young person to take along an older and more experienced driver when buying their first car.

One of the things that make it more likely for younger drivers to be more accident prone than older ones is simply a lack of driving experience. Proposals to make motorway driving more integrated with the rest of the test would be a good idea. Experienced drivers develop a sense about road traffic conditions, which means they’re more likely to take extra care in certain circumstances. Motorway driving should be a larger part of the driving test as this may instil safer driving habits.

Younger drivers are more likely to drive too fast, even in areas where they should be slowing down. Again, speeding can be due to inexperience; it takes some time for drivers to accurately estimate the speed that they’re travelling at. There is a tendency for some young drivers to go much faster than they should in an attempt to impress their friends.

Younger people in general have occasionally been known to not pay sufficient attention to what they are doing(!) In the general run of things this is not a problem, but when it comes to being in charge of a car, this can result in a road traffic accident. Generally speaking, younger people do have shorter attention spans than their older peers, and this can be a problem when it comes to driving. Youngsters are more easily distracted by what is going on around them than more experienced drivers, and this can make them a greater accident risk.

It’s no surprise that younger drivers appear over confident; they’re at an age when impressing friends (and potential partners) makes them more inclined to overestimate their own driving expertise. Speeding and a lack of familiarity with certain roads, can make them overconfident, and therefore a greater insurance risk.

Recent changes to the driving test means that the independent driving aspect of the test has been extended, and this should give examiners a better idea of a particular driver’s confidence and accuracy. Extending the practical driving part should demonstrate to the examiner the learner’s propensity to be either an overconfident or a safer driver.

This entry was posted on Thursday, October 27th, 2016 at 6:35 am and is filed under Car Insurance, UK Driving Safety. You can follow any comments to this entry through the RSS 2.0 feed. Both comments and pings are currently closed.