Police Crack Down On Speeders Who Are Just Over The Limit 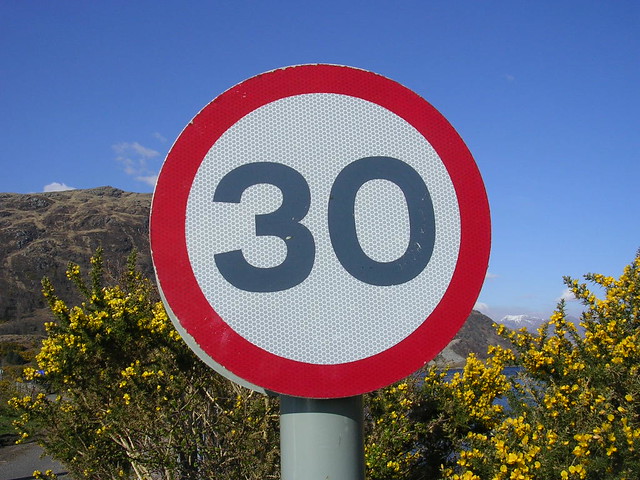 Many motorists push the margins slightly when it comes to speed limits, but for the past 15 years police officers have often been known to allow ‘a small margin for error’ for those exceeding the limit ever-so-slightly. Nevertheless, nothing is ever set in stone and recent news tells us this is all set to change, with Irish police leading the crack down on speeders.

The reason for such past allowances is that some motorists may be unintentionally exceeding limits by a very small percentage, without meaning to break the law or put anyone in danger.

Traditionally, the flexibility given to drivers is 10% plus 2mph of the speed limit. So, for example, in a 50mph zone you would have to be driving at more then 57 mph for the police to issue a speeding fine.

The March Of Technology

The change has been brought in due to technology advances. Designed to stop the rising number of deaths and injuries on UK roads, this machinery is said to be extremely precise in processing speed-readings and is set to be an effective way to issue charges and penalty points for those breaking the law.

The new technology will not completely do away with the older methods, however, and we will also see an amplified number of average speed cameras too, supposedly to ensure the police are offered a much more meticulous measurement with less likelihood of a mistake occurring. It sounds like it’s going to be bad news for speeding motorists, but good news for law abiding citizens and overall road safety. No doubt arguments will rage online, in the papers and on your favourite TV motoring shows – wherever they might be broadcast.

In Scotland, the police force was first to announce that it will be abandoning the optional allowance and said, “We will issue any driver surpassing the speed limit by even 1mph with a cautionary. If the driver is caught exceeding the limit again by a small margin, they will be fined £100 and have three points on their driving licence. For anyone exceeding the limit by a larger amount, fines and points will become automatic.”

Forces in England and Wales are likely to follow in the same footsteps, which is made clear in the statement of a spokesman for the National Police Chiefs:

“If you are driving over the speed limit you are breaching the law and new technology makes it easier to identify exact speeds. Implementing speed limits is at the discretion of individual chief sergeants.”

However, the downsides related to this change have also been highlighted, with the president of the AA saying, “We need drivers to concentrate on what is on the road in front of them, not always looking at the speedo.”

What do you personally think of this change? Do you predict it will contribute to better road safety or is your view more similar to that of organisations like the AA? How will this technology update affect you as a new or learner driver? While many people will claim it’s another back-door way for the government to take money from motorists, it’s definitely worth knowing about changes in the law before you get caught out!

This entry was posted on Thursday, October 1st, 2015 at 6:54 am and is filed under UK Driving Law. You can follow any comments to this entry through the RSS 2.0 feed. Both comments and pings are currently closed.