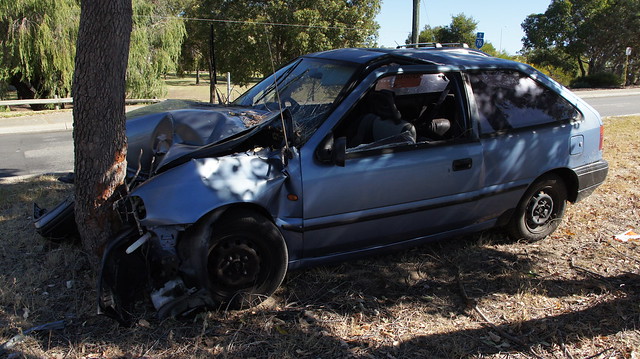 Over two hundred drivers every day have been caught illegally using mobile phones while driving a motor vehicle following a police crackdown. Nearly six thousand motorists in the United Kingdom have been penalised by police in just four weeks following the harsher punishments coming into effect, essentially the equivalent of one offence being committed every seven minutes.

The findings suggest that the repeated warnings about the risks of using mobile devices while in control of a motor vehicle are being ignored by drivers, even in spite of the danger of tougher sanctions, and a wealth of publicity campaigns against the practice.

New laws that began on the 1st of March this year mean drivers that fall afoul of them could get as many as six points on their driving licences, as well as a fine of £200, an increase from the three points, and fine of £100, that was previously the case. Under the new system therefore, new drivers could potentially lose their licenses altogether if they are caught sending even one text while driving. Research has shown that using mobile phones while driving remains widespread in the United Kingdom, and a number of high profile instances of such offences have resulted in calls for further efforts to halt the practice.

Figures obtained via Freedom of Information requests demonstrate that as many as 5977 instances were recorded by police in the first four weeks following the 1st of March 2017. Figures were not provided by seven police forces, and at the time the figures were issued, a number of instances may not yet have been recorded. The highest number was registered by the Metropolitan Police, with the official figure of 2037 meaning that as many as seventy drivers were caught using handheld mobile devices on the roads of London every day. The second biggest total at 478 was recorded by Thames Valley Police, followed by 339 by Police Scotland, 280 by Hampshire Police and 224 by Cheshire Police.

The increase in penalties was described as being a “start” by the RAC Foundation, who nonetheless suggested the figures recorded in March suggested that the main message was still not being fully received by drivers. Monitoring research charity director Steve Gooding added that driving is a safety-critical endeavour that requires full attention for the sake of the safety of the driver and everyone else on the road, saying that eyes should be on the road and hands on the steering wheel, not on the screens of mobile phones. 22 people died and another 99 were seriously injured in 2015, as a result of accidents on UK roads where a contributing factor was a motorist making use of a mobile device, according to figures from the Department of Transport. Police say their intended goal is to make the use of mobile phones while operating a motor vehicle as socially unacceptable as is now the case with driving while under the influence of alcohol.

This entry was posted on Thursday, August 10th, 2017 at 6:54 am and is filed under UK Driving Law, UK Driving Safety. You can follow any comments to this entry through the RSS 2.0 feed. Both comments and pings are currently closed.