Blog Home » How Does a Car’s Engine Stay Cool?

How Does a Car’s Engine Stay Cool? 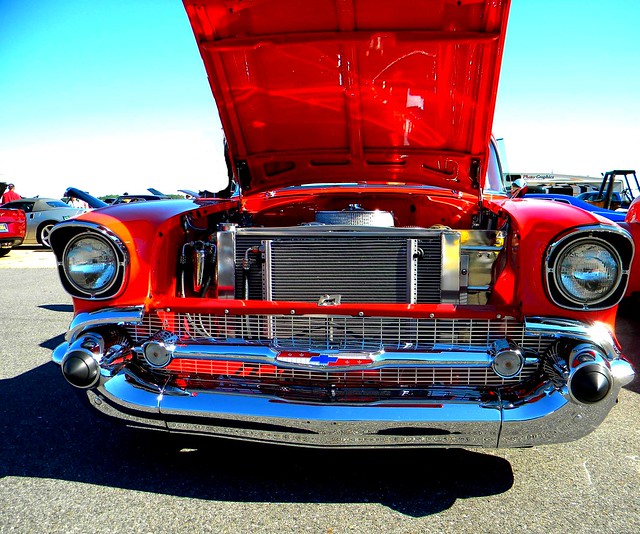 A great deal of heat is produced by a car engine when running, and it needs to be continuously cooled in order to prevent damage to the engine. This is usually done with the circulating of coolant liquid, which is normally water combined with an anti-freeze solution, via special cooling passages, although there are some engines that are cooled by air that flows across finned cylinder casings.

A water cooled cooling system consists of a water cooled engine block plus a cylinder head that have interconnected coolant channels which run through them. The channels all then converge onto a single outlet at the top of the head of the cylinder. A belt and pulley from the driveshaft drives the pump, which then drives hot coolant from the engine into the radiator, which is a type of heat exchanger.

The unwanted heat is moved into the airstream, with the cooled liquid returning to an inlet at the foot of the block, where it is able to return to the channels. The pump normally sends coolant through the engine and into the radiator, making use of the ability of hot water to expand, become lighter and then rise over cool water after heating. The natural tendency of hot water is to go upwards, and this circulation is assisted by the pump. Rubber hoses link the radiator to the engine, having a tank on the bottom and top that is connected via a core containing numerous fine tubes. These tubes go through holes within a pile of sheet-metal thin fins, meaning that the core comes with a big surface area that is able to rapidly lose heat to the cooler air that passes through it.

Those tubes tend to run vertically on older vehicles, but low-fronted modern cars come with crossflow radiators that have tubes running from side to side. The coolant tends to be just under boiling point in an engine with a standard working temperature, with the risk of boiling averted by increasing the system pressure. The radiator cap limits the extra pressure as it has a pressure valve which is opened by excessive pressure, allowing coolant to flow out in an overflow pipe. A cooling system like this requires the coolant to be topped out occasionally as the engine running very hot causes a continual minor loss of coolant.

A constant flow of air to the core of a radiator is required to keep it adequately cooled. This happens with a moving car anyway, but a fan helps the airflow in a stationary vehicle. The engine may drive the fan, although some vehicles have an electric fan operated by a temperature sensor.

The block and cylinder head come with deep exterior fans in air-cooled engines which are wider at the top, where the great majority of heat is generated. Horizontal air-cooled systems also have cooling ducts on the fans. Often a duct will run around all of the fins, with a fan driven by the engine blowing the air through the duct to cool them. The amount of air that the fan pushes is controlled by a temperature-sensitive valve, which ensures the temperature remains consistent even in colder weather. High-performance water-cooled systems and air-cooled systems may have a small extra radiator as well as a water radiator, through which the engine oil can flow in order to be cooled.

This entry was posted on Thursday, August 16th, 2018 at 6:22 am and is filed under Car Maintenance. You can follow any comments to this entry through the RSS 2.0 feed. Both comments and pings are currently closed.