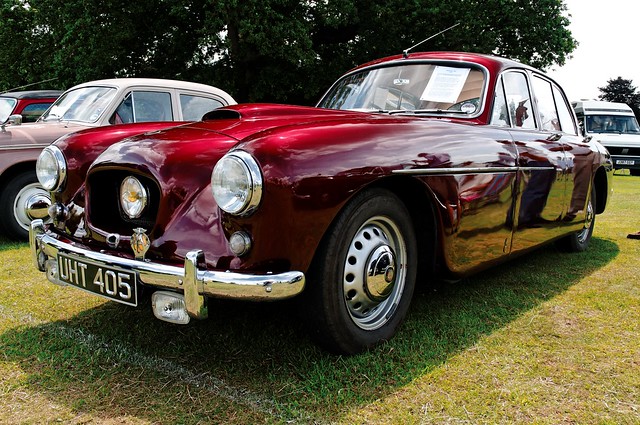 British drivers have long been enamoured of the two-seater sports car, and many will welcome the launch of a new, very expensive model. If you like to feel the wind in your hair when driving, and you’re not too particular about how much you pay for the privilege, you’ll be interested in the launch of this less well-known company’s new, two-seater sports model. If you’re a new driver, or just about to take your driving test, it’ll give you something to aim for!

Not too many people will be familiar with a car company called Bristol, unless you heard of its impending collapse and subsequent rescue from administration in 2011. Given a second chance due to external investment, the company now plans to manufacture a new model two-seater sports car without a roof. The prototype has already been launched at London’s Dorchester Hotel, and you should be able to get hold of one for a cool £250,000.

The new model sports car is designed to celebrate the company’s seventieth year in business, which is probably why they’ve decided to manufacture seventy of the two-seater Bullet. It remains to be seen whether the company will find seventy buyers with a quarter of a million pounds to spend on a vehicle! Before the company almost collapsed, it attracted customers like Tina Turner and Peter Sellers, who wanted something different from a car.

Manufacture of the Vehicle

One of the reasons for producing only a limited number of the new Bullet sports cars could be that the company produces hand made vehicles. The new Bristol is similar in size to a BMW Z4, has rear wheel drive and the engine in the front, and is designed for high performance motoring.

Lightweight materials are used in the vehicle’s construction, and this makes the vehicle itself relatively light at an estimated 1110 kilos. The back chassis is made from aluminium that’s bonded and riveted, similar to the construction of the Lotus Elise. Inside, the car has leather seats and had an in-car infotainment system, including Apple Car Play. Drivers will need to concentrate while piloting the speedy Bristol, however.

The size of the car is reasonably compact, which at least makes parking less of a chore, but whether you would want to leave a roofless vehicle in a public car park is questionable.

The new Bristol Bullet is fitted with a BMW 4.8 litre engine, and there is a choice of a manual gearbox or an automatic version. While automatic gearboxes are a bonus when it comes to city driving, on the open roads the driver might prefer a manual gearbox. The vehicle is designed to reach a top speed of 155 miles per hour and can go from 0-60 in a matter of a few seconds. The lack of a roof could be a real problem, given Britain’s often wet weather, but that probably won’t bother real fans of this type of car.

This entry was posted on Thursday, August 25th, 2016 at 7:19 am and is filed under Car Buying Tips. You can follow any comments to this entry through the RSS 2.0 feed. Both comments and pings are currently closed.