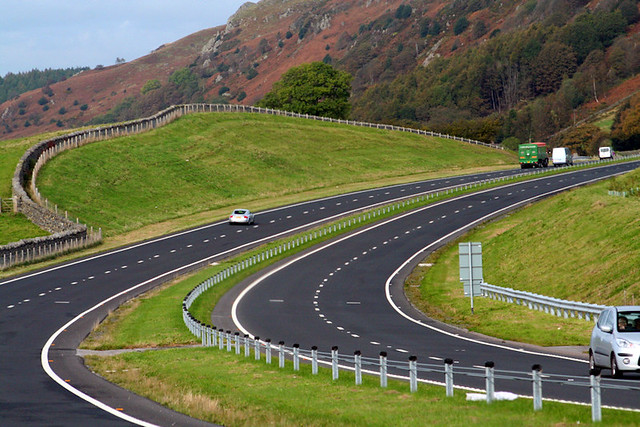 Ministers in the United Kingdom have dubbed as “the biggest ever” the investment of £30 billion in Britain’s roads, which was revealed in last week’s Budget, with the great majority of the funding coming from road tax.

Around £28 billion has been set aside for use on major local routes and motorways, with £420 million having been earmarked for bridge maintenance and the repairing of damaged local roads and potholes. £150 million will be allocated to the task of tackling congestion hotspots in local areas.

The decision to use all road tax, or Vehicle Excise Duty (VED), to maintain the roads of the United Kingdom has been praised by many of the nation’s motoring organisations, and also makes good on the promise made in 2015 by former Chancellor George Osborne to spend all road tax on actual roads. Only around 25 percent of road tax has previously been spent on roads, according to previous research. Phillip Hammond, the current Chancellor of the Exchequer, will ensure all Vehicle Excise Duty collected between 2020 and 2025 is allocated to Highways England, a move that will boost the budget of the company, which is owned by the UK government, by a staggering 40 percent.

Highways England bears the responsibility for around 4300 miles of strategic A roads and motorways in the United Kingdom, which is just a small percentage of the nation’s roads yet in mileage carries around a third of total traffic, and two thirds of all Heavy Goods Vehicles traffic. The cash injection of £28.8 billion into the company will likely pay for the construction of major new roads, as well as helping to ease congestion and make improvements to existing motorways. A cash injection will also be of benefit to smaller roads, although it will ultimately amount to just 1.4 percent of the funds that are set to be received by major roads.

However, according to previous research, a one-time patch-up to correct the annual funding shortfall of local roads, which currently stands at £556 million, will cost as much as £9.31 billion. While the central government is responsible for the nation’s major roads, smaller routes are the responsibility of local councils, which are usually incapable of providing the necessary funds.

Is yet more investment needed?

David Bizley, the chief engineer of the RAC, says that the investments represented good news for motorists in the United Kingdom – but added a note of caution by pointing out that while there would be some positive benefit for local roads, long term thinking and investments are still required in order to remove the preventative maintenance backlog that has caused a large number of potholes to materialise during times of poor weather.

His comments were echoed by Matthew Fell, the Confederation of British Industry’s chief policy director in the UK, who added that improvements should also include the expansion of existing routes. The Transforming Cities Fund will add a further £680 million in 2022 and 2023 to further improve transport links between suburban areas and cities. A further £90 million of funding will also be received by Future Mobility Zones, which will be pioneering the use of electric vans, e-cargo bikes and micro vehicles in a bid to reduce pollution.

This entry was posted on Thursday, November 15th, 2018 at 6:38 am and is filed under Uncategorized. You can follow any comments to this entry through the RSS 2.0 feed. Both comments and pings are currently closed.